Jamp, Ltd., engineering company, was founded in 1994. It is the first of its kind in the history of the city of Ilava. Its products are well known and highly demanded worldwide. These are mainly spindle lawn mowers, band saws, and precise machine parts for railways, aviation, metallurgical, food, paper and automotive industries… Read more 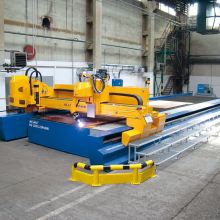 Since its inception in 1991, the company MicroStep, spol. s r. o. has been involved in design and manufacturing of CNC cutting machines equipped with plasma, laser, oxyfuel and waterjet technologies as well as routing and drilling machines. Over the years, the company has become one of the leading suppliers of cutting equipment and has supplied more than 2,700 machines worldwide in cooperation with strong channel partners spread in 55 countries. More than 30 % of the company’s products are complex machines which require continuous development and research for new, innovative technical solutions… Read more 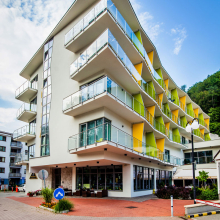 Wellness Hotel Panorama **** is situated in one of the most beautiful spa towns in Slovakia – Trenčianske Teplice, which is just because of its location also called „the pearl of the Carpathians“. Thanks to this great location and exceptional thermal water, they belong to the oldest and most visited spas. Teplice radiates a unique charm in every season and offers visitors a unique atmosphere and many unforgettable experiences… Read more 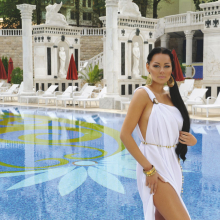 More than 65-year-long history and approximately 350 water, hydro-power and engineering structures in Slovakia briefly describe the tradition of the VODOHOSPODÁRSKA VÝSTAVBA, STATE ENTERPRISE (hereinafter also VV, s. e.). The company, which is a sectoral organization of the Ministry of the Environment of the Slovak Republic, was established in 1953 as a „Water management and development center“ in order to prepare and create significant investments in the development of water management… Read more 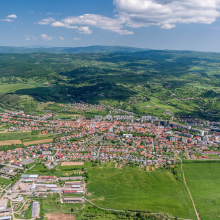 Krupina is one of the oldest towns in Slovakia

Krupina is one of the oldest towns in Slovakia. Krupina received town privileges in 1238. The oldest written reference was built dates back to 1135 to a deed of King Belo II… Read more 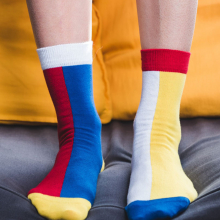 Quality that never gets old

Knitting production and the production of stocking-like products has more than 80 years of tradition under the Tatras, in the town of Svit. The first stocking knitting machines were installed in 1934. The founder of this company and tradition of knitting production was a Czech businessman, Tomáš Baťa. Today, the continuator of this tradition is a company called TATRASVIT SVIT-SOCKS, a. s. with its residency in Svit. … Read more 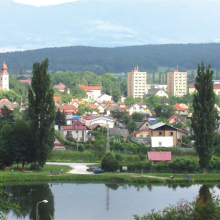 The Town of Nováky is located in the centre of the Hornonitrianska valley. It is situated 140 km away from Bratislava and forms part of the Trenčín Self-Governing Region. The fi rst written mention about Nováky dates back to 1113 and is recorded in the Zobor Document of the Zobor Abbey… Read more 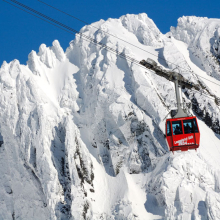 The Town of High Tatras

The Town of Vysoké Tatry has an area of 360 km² and is therefore one of the largest towns in Slovakia. It covers a major part of the mountains of the same name and consists of 15 town districts, originally independent settlements that were gradually integrated into a single territorial unit… Read more 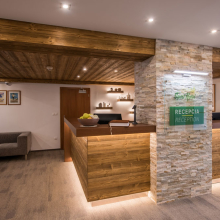 Sport Hotel*** Donovaly is an amazing hotel with a tradition, an informal family atmosphere and historical significance for the popular resort Donovaly… Read more 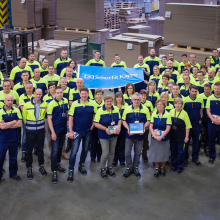 In the context of production

At Smurfit Kappa Group, global packaging development is performed in several ways. For example, the fast-growing e-commerce segment that represents packaging used for goods bought online and their subsequent distribution from one corner of the world… Read more 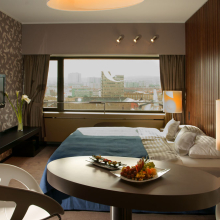 Let yourself be allured by elegance and functionality of modern lifestyle. Whether you are looking for a comfortable business hotel in the city center or a romantic weekend getaway, Hotel Yasmin **** is the right place! Hotel Yasmin **** will charm you with its harmonious interior, modern equipment, and exceptional quality of service… Read more 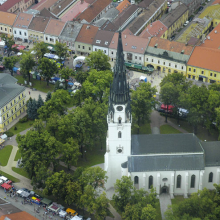 THE TOWN OF SPIŠSKÁ NOVÁ VES - Gateway to the Slovak Paradise

Spišská Nová Ves with its more than 740-year long history is an ideal starting point for the lovers of tourism along harsh but picturesque gorges of the Slovak Paradise National Park, for the admirers of monuments included in the World Heritage List of the UNESCO and for those interested in obscure but even more precious Gothic Route monuments… Read more 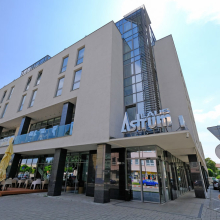 The Astrum Laus**** business hotel was opened to the general public in October 2010 right in the centre of the town of Levice. It results in a combination of seriousness and luxury with a true playfulness of colours and unusual forms. The modern interior designed in an ingenious way combines metal and glass with natural materials such as wood and stone. Together with light effects, it creates a pleasant and serious business style atmosphere… Read more 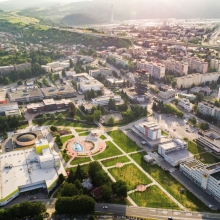 Považská Bystrica is situated in the heart of the Upper Váh Region. Since long ago, the town has been connected to one of the most significant waterways in Slovakia – the Váh River. The surroundings of the Váh River and several water dams, especially the beautiful Nosice, are among popular and much-sought-after destinations for bikers and lovers of water and fishing… Read more 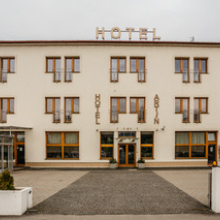 The ARTIN Hotel is located in the center of the town of Bardejov, approximately 200 meters from the main square (Radničné námestie). The hotel has available 2 suites, 12 twin rooms, 3 double rooms with extra bed and 1 triple room. All rooms are equipped with a toilet, a shower or a bath, TV, telephone, a fridge / mini-bar and internet connection. The hotel has its own restaurant, winter garden, a lounge and Lobby bar (open 24 hours)… Read more 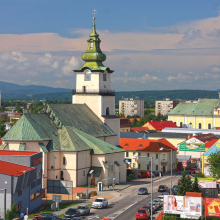 Prievidza - The Heart of the Upper Nitra Region

The first settlements of nowadays Prievidza date back to the Stone Age. During the Bronze Age, the area of Prievidza was settled by the Urnfield People who built a settlement at what is today known as Námestie slobody square. The region of Prievidza is believed to have been part of the Nitra Principality in the 7th and 8th centuries and later of the Great Moravian Empire… Read more 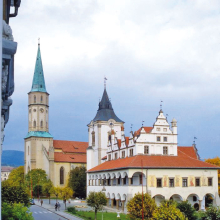 LEVOČA – the Past and the Present

Since the Middle Ages, Levoča has been known as the capital of the Association of Spiš Germans, an independent free royal town with many privileges, the centre of international trade, the seat of Spiš county, and the cultural and social centre of the nearby municipalities… Read more 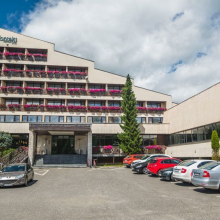 The Kontakt Wellness Hotel**** situated below the peaks of the High Tatras in Stará Lesná and surrounded by a magnificent mountain landscape is an ideal choice for wellness breaks, family holidays, conferences, and training and team building activities… Read more